Change the story in your TAFE [This video is a hand-drawn style animation. Over a light green background, the video starts showing a book as its cover is being drawn. The drawing is completed revealing the book title, 'Violence Against Women in Australia | Let's change the story’. ]

Every story has a beginning, a middle and an end.

[The book opens and its pages start to turn rapidly, quickly reaching the end of the book where a title page reads 'The End'.]

And the story of violence against women is a story with no happy ending.

[Suddenly, the pages start to turn backwards, landing on a sub-chapter titled 'Respect and Equality in TAFEs'.]

But what if we could change this story? To do that, we must go back a little and talk about Education. Let’s look at Respect and Equality in TAFEs.

[The animation then moves in and the content of the book takes the whole screen, revealing a group of four TAFE students, two men and two women, in front of a TAFE building.]

TAFEs connect students directly to their working life and are also a workplace to many.

[We then zoom in to reveal a divide between them; two men dressed in workwear and hi vis vests and the two women wear nursing uniforms.]

And when this environment is marked by a culture of gender inequality, it can have a direct influence on students' and staffs’ lives.

[The animation transitions now showing a construction site, where a woman in her twenties drives a forklift. Next to her, a group of three male tradesmen scoff and laugh at her.]

[We transition to a TAFE classroom, where a female educator writes “Construction Basics” on the whiteboard. Behind her, a group of four male students mock and laugh at her.]

When students are not called out for disrespectful behaviours towards women, it normalises aggression as part of the way that some men bond with friends or workmates.

[The animation transitions to show a series of sexist comments like 'Women can't do this job!', 'What's he doing studying childcare?', 'This is no place for women' appearing inside speech bubbles.]

[Another transition lands on a title that reads 'How can TAFEs create change?']

and it is up to us to change this story now once and for all.

This work is about the whole TAFE community.

[Our animation then transitions to show a community noticeboard, as two hands come from the bottom of the screen and stick a poster on the board. The title of the posters read 'New gender equality policy'.]

When gender equality is part of our TAFE policies, not only on paper but in its actions and communications, we are changing the story.

[The animation transitions to show a male educator from behind. Over his shoulder, we show that he’s looking at one of the students’ books. The book cover is titled 'Business and Leadership' and it features a photo of a businesswoman on it.]

When educators represent a range of voices, views and experiences in their teaching materials, we are changing the story.

[The animation transitions to show the front of a TAFE building with a male student walking towards it. Four title boxes pop up around the TAFE building with arrows pointing towards them. The first one reads 'Construction', the second 'Aged care', the third 'Agriculture' and the fourth reads 'Disability sector'.]

When TAFEs engage with industry partners to support gender equality, we are changing the story.

[We transition to a staff room where a group of women are listening intently to a woman talking. Behind them, we see a sign that reads 'Women in Leadership Mentor Meeting'.]

When policies are created to support and foster female leadership, we are also changing the story.

[We move to a meeting room where there are four people. They are chatting around the table. Sitting on top of the table, there’s a printed piece of paper titled 'Violence Against Women - Primary Prevention'.]

And when we engage all staff to understand how violence against women can show up in the classroom, campus or staffroom and have the knowledge about how to prevent it, we are changing the story too.

One action alone won’t change this story. We need multiple activities happening across all areas of the TAFE community to prevent violence against women.

[The animation continues, transitioning to a TAFE building as three students – two women and one man – leave the building.]

Everyone has a role to play, and together we can tell a story…

…where all people have equal power, value and opportunities.

[The screen shows the book again, as another page turns, landing on the words “Violence against women” written on a blank page. Suddenly, these words disappear.]

Most importantly, a story where violence against women is no longer in the picture.

Because ending violence against women starts with gender equality.

[An end graphic appears revealing Our Watch’s logo on the left hand side of the screen and a title that reads “End violence against women and their children”. On the right hand side there’s the Victoria State Government logo. Below them, the words read “RespectAndEqualityInTAFE.org.au” and “Our Watch acknowledges the support of the Victorian Government”.]

Respect and equality in TAFE

TAFEs play a significant role in our community – they deliver education to tens of thousands of students, employ hundreds of professionals and have a significant connection to local workplaces and industries.

TAFEs are key to Australia’s social and economic success. They have a vital role to play in creating a society which is respectful, equitable and free from violence.

Respect and Equality in TAFE outlines a step-by-step process to support TAFEs in preventing violence against women.  Free, evidence-based tools and resources are available on this site to guide your TAFE’s progress towards gender equality.

A whole of TAFE approach

Examples of action in TAFEs

Our Watch acknowledges the support of the Victorian Government Department of Education and Training.

Find out more about Our Watch 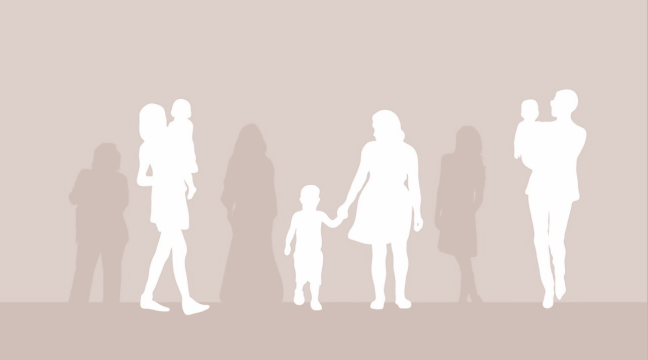